Immunology 101 teaches us that our Immune System, despite of its innate tools, requires of the interaction with our environment and also interpersonal for learning, for recognizing, adapting, growing and strengthening itself.

Old Researches have found that loneliness and social isolation can have a direct adverse effect on health, such as impaired immunity, depression, poor sleep quality and poor cardiovascular health but there is no detailed information of its effects during our current circumstances.

Prolonged isolation and social distancing along with some wrong, crazy and extreme hygiene behaviours fed by the panic spread by the media, are cutting out this interaction part. So far, no deep study have come out nor have been publicized by any formal scientific institution regarding the effects – short or long term- of this new way of living. They are focusing on finding a proper treatment or vaccine.

Now, to clarify, I’m not saying that we don’t have to take precautions or not select our safe interaction groups; neither that we can disobey the basic orientations because for sure we know that there is people who – not now, but since before this pandemic- don’t observe basic hygiene etiquette rules.

They don’t wash hands at proper times (like those who love touching but you see them going in and out of bathrooms without a sign of having even try to hand wash). You watch them coughing and sneezing without mouth and nose covering. Some, don’t even recognise actions like avoiding contact with others when you are sick or to properly dispose tissues and trash, as normal common sense behaviours; people like that have had always exist so we have to take our precautions  indeed, but those precautions are no other than the ancient hygiene and social interaction rules!

As soon as we don’t touch other people  nor contaminated surroundings and we don’t share an space less than 1m with another person for a prolonged time while unprotected, all is good. But hey, again, this is not a discovery, this is called respect and not to invade others personal space!! It’s so good that this is back!! Thank you Covid 19, thanks!!

Nothing up to the minute here people, just basic hygiene and a proper safe social interaction emanating from respect and etiquette. Formal Education, they used to call it when I was a child, and it applies to all times, with or without a pandemic. For real we needed a virus to remind us of those elementary things?! What a joke of “highly developed” specie we are!

Now the key of what I’m saying here is that we have to take our own measures to protect our Immune System and Natural Defences, even if there is not too much information about scientists taking care of this aspect nor somebody talking straight about possible negative implications of the containment measures that are been taken globally.

Not going to fall on  a trivial talk about  conspiracy theories or about whatever is the political-economical background of this if there is any. I talk facts, and empirical and scientific medical facts say that: we know very few about this virus and information is varying upon we learn (which is keeping us in this vertiginous uncertainty; with a “seesaw and pull and shrink” confuse sensation )but, circumstances aside,  with pandemic or without it, we need to protect our immune system from weakening. Following this 7 steps is a smart way to start:

Step 1: understand how to protect yourself. Following hygiene rules does not mean bathing with disinfectant or drinking it, social distancing does not mean that you isolate yourself without communication with other people. Avoiding contact with those at risk does not mean abandoning them. Wash your hands when you need to, cover your mouth and nose when you cough and sneeze, when you return from the street do not enter with your shoes and wash or take a shower as soon as you can; if you are sick do not go out except to reach medical help, use the mask except if you exercise, keep your distance on the street or work.

Step 2: fresh air and sun exposure. Unfortunately not all of us live in mansions with a ridiculously high number of acres of garden. For the majority of humanity isolation has meant to be confined in a minimal space for hours, with other people (sometimes with stressing relatives but that’s another theme).

For God sake, even prisoners have yard and stretching time! We need to go out, to walk around and do exercise, to breathe fresh air –not the foul air from a small shared room — and to stretch outside, to take the a proper amount of sun at appropriate times that will help our skin, bones, eyes, lungs, and the vitamin D natural production which is vital for our immune system.

Step 3: Eat properly -no news here either- we are what we eat, processed food is bad, natural food is good. If we feed on junk food we will get weak and sick. Simple. You need a high consumption of fruits and veggies all filled with necessary vitamins and trace elements, you need all food groups in a proper amount, you need that food to be as more organic that it can, you need to learn to grow your herbs at home. You need to cut sugar, a killer that you don’t require. Good eating habits like timely meals are a must. If you have the privilege of having access to food (it is a right, but in our bad distributed and war besieged world it have become a privilege) use it wisely.

Step 4:  drinking plenty of water (another right that became in privilege). If you have access to safe sufficient drinking water, take at least those 2L minimum that everybody talks about. This is not an exact rule, there are individualities to take in consideration, but as an approximate is fairly good.

Step 5: exercising. Admit that you are on the vicious circle bed- fridge-bed-bathroom  and back. Of all stages of quarantine: since the motivated, to the innovating, to the renovating you did get stuck in this “eating-bed-TV- internet” one.

You need to start moving more, it could be step by step, like starting with daily stretches, (I have a nice “beside bed” 3 minutes routine perfect for sedentary people that I love to share). Then try one day weekly to do some other kind of routine, walking for half hour for example, and then you can increase the duration and number of days as you adapt; if you feel good enough you will want to work out specific areas, belly, legs, arms, chest… Ah! Back stretches are awesome and life changing when you are low active! Just start exercising!

Step 6. Mental Health matters. For the sake of your mental health you have to Disconnect from the scary media, with its over information that only misinforms  and its subliminal load of fear infusing. Just listen to official sites regarding steps to take and your rights and orientations to follow so you don’t fall in legal problems. Sleep well, find hobbies, learn something…  Keep connected even if you are alone: calls, video chats, interactions with groups of people with affinities…

Step 7: Adapt, to continue with your life. I have been talking about all these themes in some articles and chats and answers to friends lately. People, Institutions, Systems… we all have to move on. We can’t allow our world to collapse because of a preventable disease.

Countries are gradually opening up; in some places this has meant an increase in cases, with the mortality rate and the critical cases rate low and within the usual incidence values, although we would like it to be 0%. But you have to follow the rules of hygiene and continue life. On a risk-benefit scale, common sense has to prevail before falling into insurmountable chaos.

Whenever everything happens, having incorporated these steps into our daily lives, which for the most part should always have been common practice, will help us in large part to stay healthy and to interact with others and with the environment with due caution.

Mother. Family Physician Specialist. Lover and Defender of Preventive Medicine and Patient Centred Health Care. Promoter of the use of proven therapies from Natural and Traditional Medicine in combination with a rational use of the Modern Medicine. Passionate of cooking with so many other mis-matching hobbies! A human being loving her life. A woman... View all posts by Doc Dary's Diary

This site uses Akismet to reduce spam. Learn how your comment data is processed. 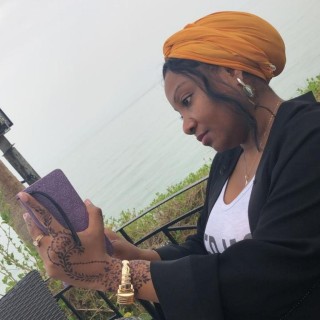 Mother. Family Physician Specialist. Lover and Defender of Preventive Medicine and Patient Centred Health Care. Promoter of the use of proven therapies from Natural and Traditional Medicine in combination with a rational use of the Modern Medicine. Passionate of cooking with so many other mis-matching hobbies! A human being loving her life. A woman...

My posts have no intention of providing direct medical care. I expose my opinion of a theme based on my career and life experiences; but all is created to trigger your thinking, to inspire you to actively participate in the process of preserving your mental and physical wellbeing. Always use formal pathways when you need medical or psychological care.